Kumamoto is a city blessed with history, traditional streets, nature, and heart-warming people.

Kumamoto Prefecture is located almost at the center of Kyushu Island.
It has 1.75 million people, an area of 7,405 km2, and abundant beautiful scenery of seas and mountains, including the Ariake Sea and Yatsushiro Sea and a mountain range with heights of around 1,000 meters above sea level.
Kumamoto is located 33 minutes from Fukuoka City via the fastest route, 44 minutes from Kagoshima City at the fastest, and about an hour and a half from both Tokyo and Seoul. It is located in a conveniently-accessible location from various regions and attracts many tourists from overseas.

Kumamoto Prefecture enjoys a mild climate and is blessed with abundant water, as there are many natural springs. In Kumamoto City, the municipal water for about 740,000 citizens is all supplied from local ground water.

The Kumamoto urban area has flourished around Kumamoto Castle, which was built by Kato Kiyomasa and is prized as one of the three major castles in Japan.
Due to damage from the 2016 earthquake, tourists cannot enter the castle site now, but its appearance is still breathtaking.
Within the prefecture, agriculture and farming also flourish. The prefecture is also famous for a number of delicious foods and dishes such as horse sashimi, mustardmustard lotus root, and Kumamoto ramen. 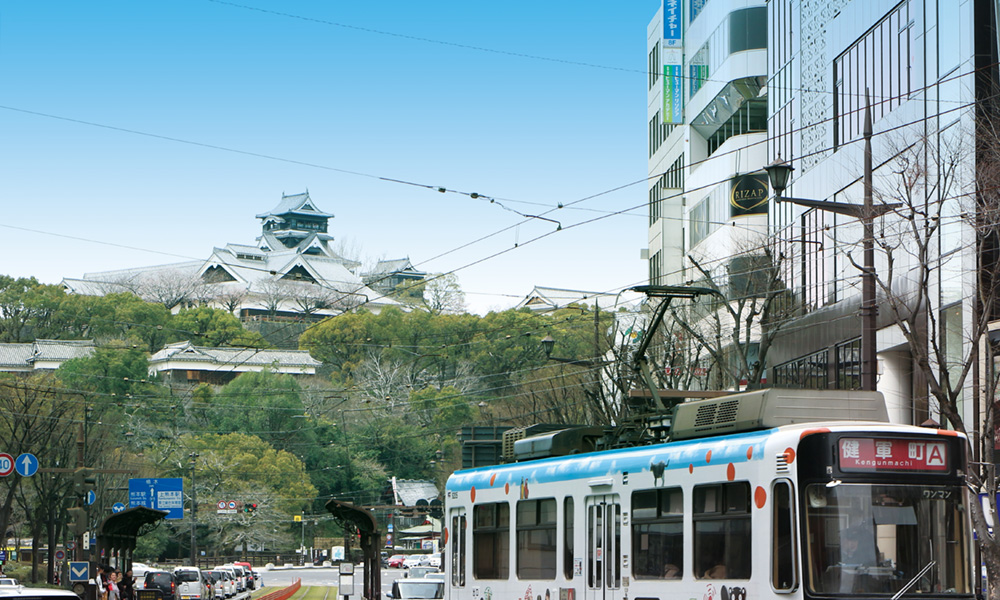 This is one of Japan’s three major castles, built by Kato Kiyomasa. Due to damage from the 2016 earthquake, tourists cannot enter the castle site now, but its appearance is still breathtaking. 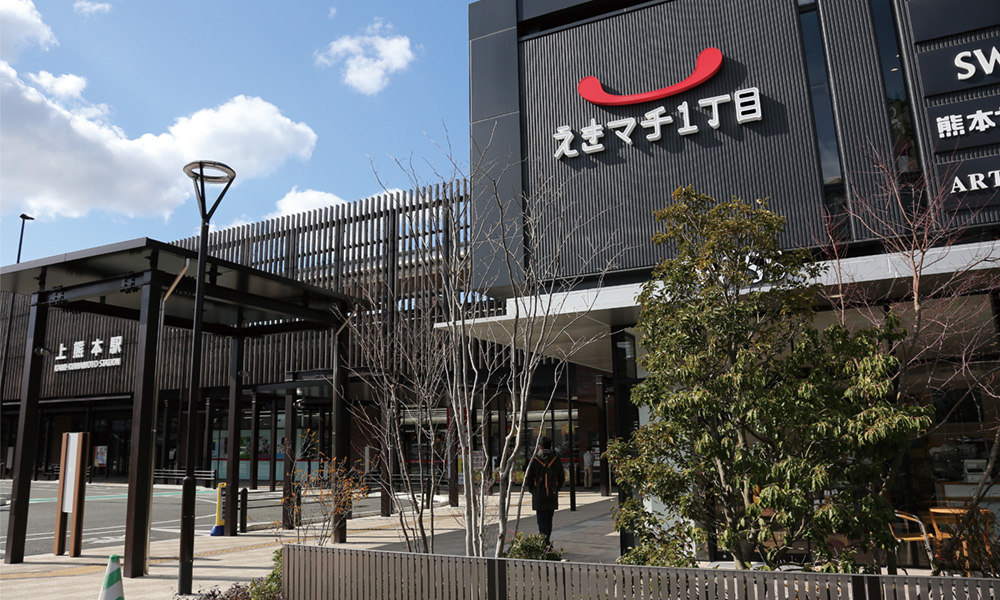 In the renovated JR Kamikumamoto Station, there are many shops, such as supermarket Iwasaki ACE and confectionary shop SWISS. The station has become even more convenient and trendy. 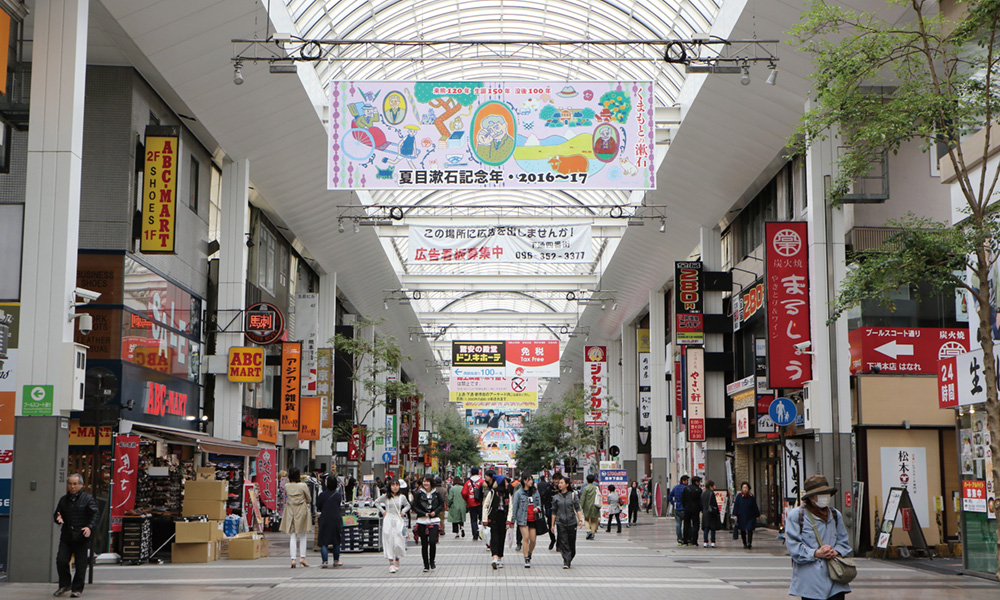 Serving as the center of fashion and amusement, it is the largest shopping arcade in the prefecture. It is also famous as a gourmet street, and many street performances and events are held there. 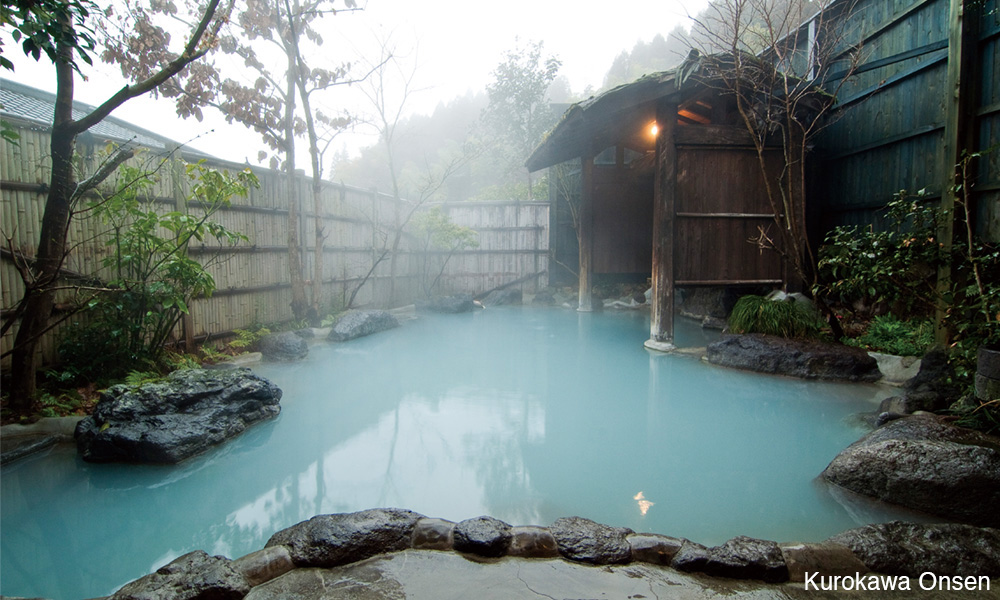 This is an atmospheric hot spring resort like a hidden village, located at the foot of the Aso caldera. With an“onsen tegata,” a pass made of cedar, tourists can make the rounds of different onsens (hot springs) in the region. 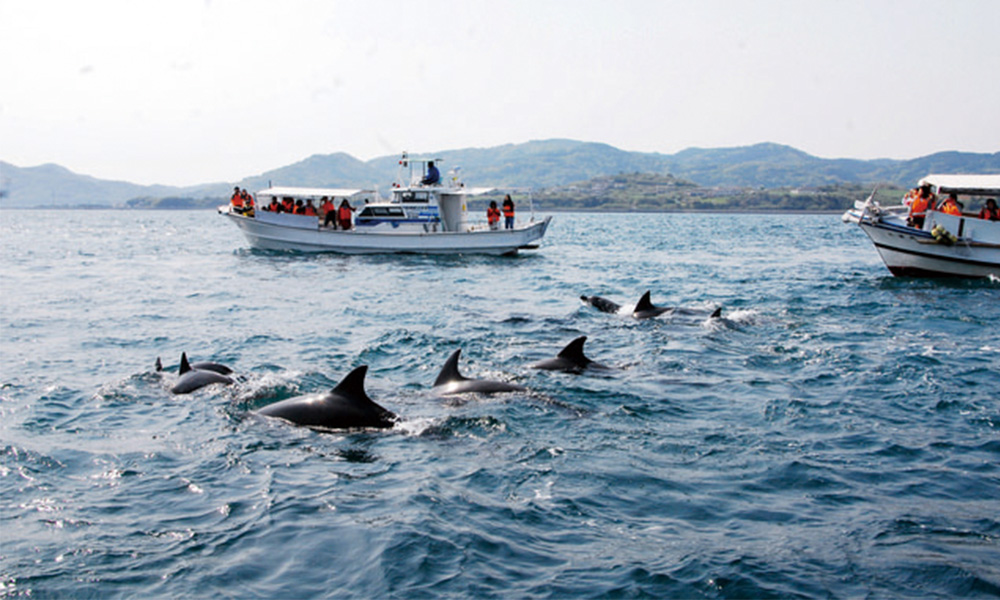 Off the shore of Itsuwa Town in Amakusa City, there is a high probability of seeing dolphins all year round. You can enjoy watching dolphins from a cruise boat.

There are many facilities including restaurants, convenience stores, and hospitals around the university. 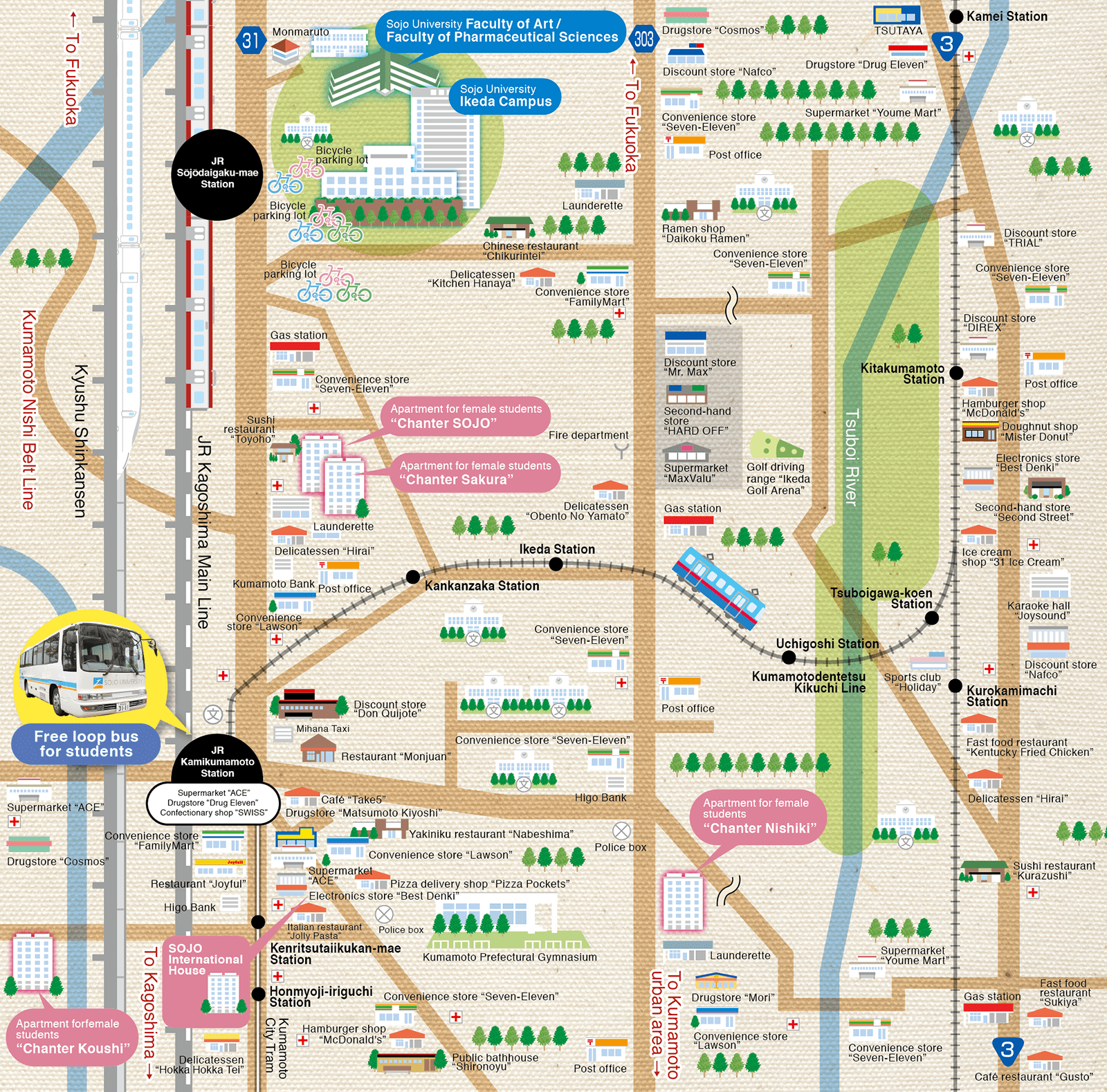 For more information on public facilities, use the links below.